GCSL offers a variety of competitive tournaments in several different formats to provide an opportunity for players to challenge themselves and further develop their skills. Please select from the tournaments below to learn more. 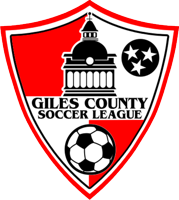 Welcome to the 3rd Annual GCSL 3v3 Challenge, held at Rotary Soccer Park in Pulaski, TN. The GCSL 3v3 Challenge features 3v3 tournament play for teams starting at U8. The 3v3 format features small-sided play on smaller fields, offering a fun, new challenge to many players. 3v3 allows players the opportunity for increased touches on the ball, 1v1 situations, increased opportunities to make decisions, and constant transition from attack to defense. In addition to being a fun new way to play, 3v3 is also an excellent way for players to learn and hone skills that translate to the full-sided game.

The Bobcat Bash in Memory of Riley Jenkins is the annual Futsal tournament brought to you through a partnership of  the Giles County Soccer League and the Giles County High School Lady Bobcats. To learn more about this year's edition of the tournament please visit the information page by clicking on the link below.